The United Nations in Sierra Leone

The United Nations strives to be a leading force in a peaceful Sierra Leone, contributing to sustainable and inclusive human and economic development, where everybody is able to shape and control their lives and help develop their communities.

The primary role of the collective United Nations system in Sierra Leone is to support the country on its path to sustainable development.

The 22 United Nations agencies, funds, and programmes active in Sierra Leone provide policy advice, capacity development, technical cooperation, programme support in a large number of substantive areas and economic sectors.  All support is aligned to national priorities and is carried out in partnership and coordination with the Government, donors, civil society, non-governmental organizations, and private sector entities, as well as with local communities and others who benefit from United Nations support. Underlying the work of the United Nations in Sierra Leone as elsewhere are the values enshrined within the United Nations Charter and Universal Declaration of Human Rights.

In partnership with the Government and the people of Sierra Leone, the United Nations is working to reduce poverty and inequality in the country and to ensure that all Sierra Leoneans, especially the most vulnerable, can live peaceful, healthy and fruitful lives in which women and men, girls and boys can realize their hopes and aspirations. 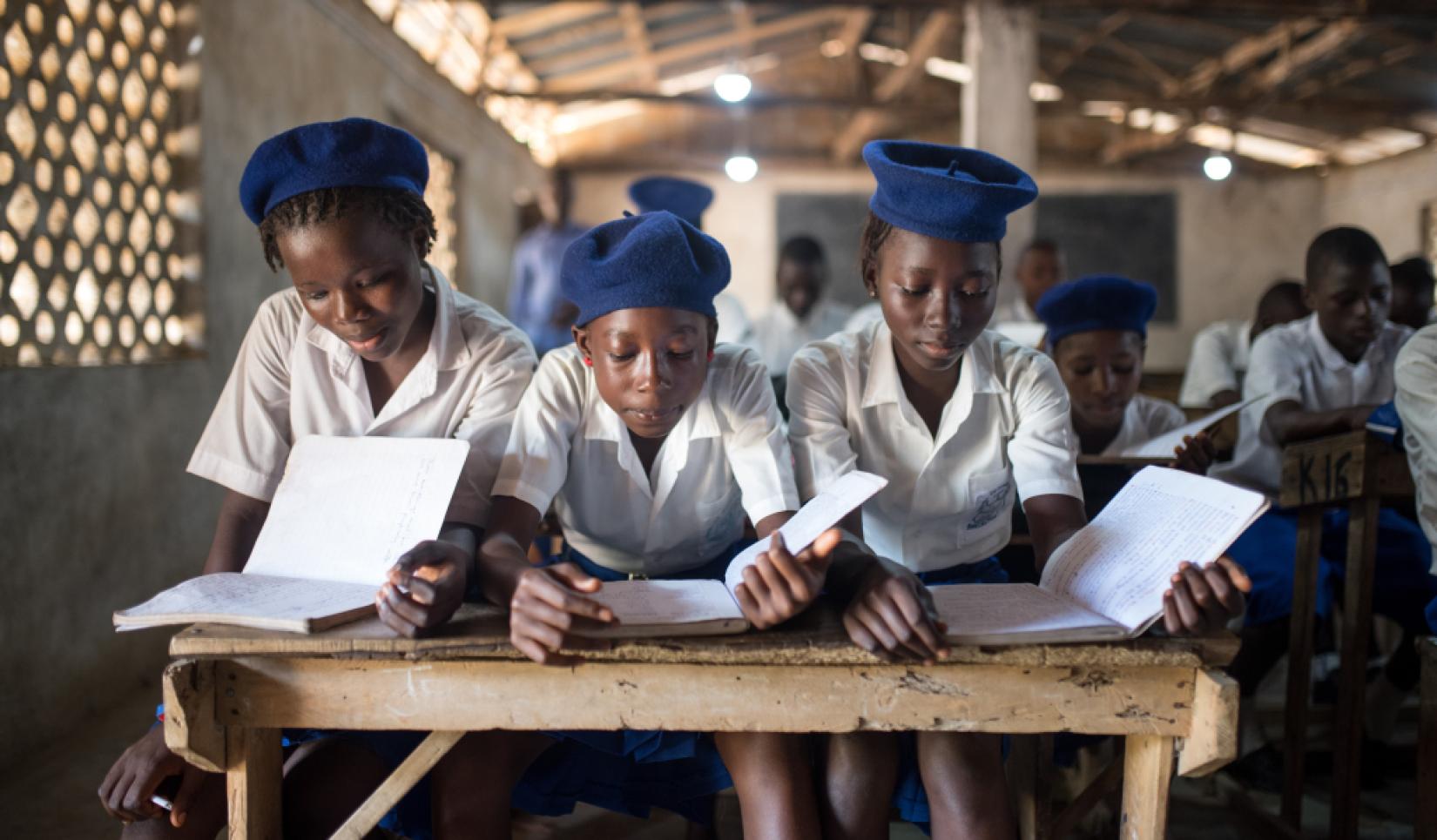 Children at school. Support to free quality school education and human capital development is a pillar of the UN Action in Sierra Leone.
Photo | © UNOPS/Acland

History of the UN in Sierra Leone

The conflict in Sierra Leone dates from March 1991 when fighters of the Revolutionary United Front (RUF) launched a war from the east of the country near the border with Liberia to overthrow the government. With the support of the Military Observer Group (ECOMOG) of the Economic Community of West African States (ECOWAS), Sierra Leone’s army tried at first to defend the government but, the following year, the army itself overthrew the government. The RUF continued its attacks.

In June 1998, the Security Council established the United Nations Observer Mission in Sierra Leone (UNOMSIL) for an initial period of six months by Security Council Resolution 1181 (1998). The mission monitored and advised efforts to disarm combatants and restructure the nation’s security forces. Unarmed UNOMSIL teams, under the protection of ECOMOG, documented reports of on-going atrocities and human rights abuses committed against civilians. In December 1998, the alliance began an offensive to retake Freetown and in January overran most of the city. All UNOMSIL personnel were evacuated.

The Special Representative and the Chief Military Observer continued performing their duties, maintaining close contact with all parties to the conflict and monitoring the situation. Later the same month, ECOMOG troops retook the capital and again installed the civilian government, although thousands of rebels were still reportedly hiding out in the surrounding countryside.

From the Observer Mission to Active Peacekeeping

On 22 October 1999, the Security Council authorized by Security Council Resolution 1270 (1999) the establishment of UNAMSIL, the United Nations Mission to Sierra Leone. This was a new and much larger mission with a maximum of 6,000 military personnel, including 260 military observers, was mandated to assist the Government and the parties in carrying out provisions of the Lomé Peace Agreement brokered in summer 1999. At the same time, the Council decided to terminate UNOMSIL.

On 7 February 2000, the Security Council, by its Resolution 1289 (2000), decided to revise the mandate of UNAMSIL to include a number of additional tasks. On 30 March 2001, a further increase was authorized to 17,500 military personnel, including the 260 military observers. The Council took this decision by its resolution 1346, and, by the same resolution, approved a revised concept of operations.

By early 2002, UNAMSIL had disarmed and demobilized more than 75,000 ex-fighters, including child soldiers. The Government declared the war officially ended. With the political situation stable, the Mission helped organize Sierra Leone’s first-ever free and fair presidential and parliamentary elections by providing logistics and public information support. 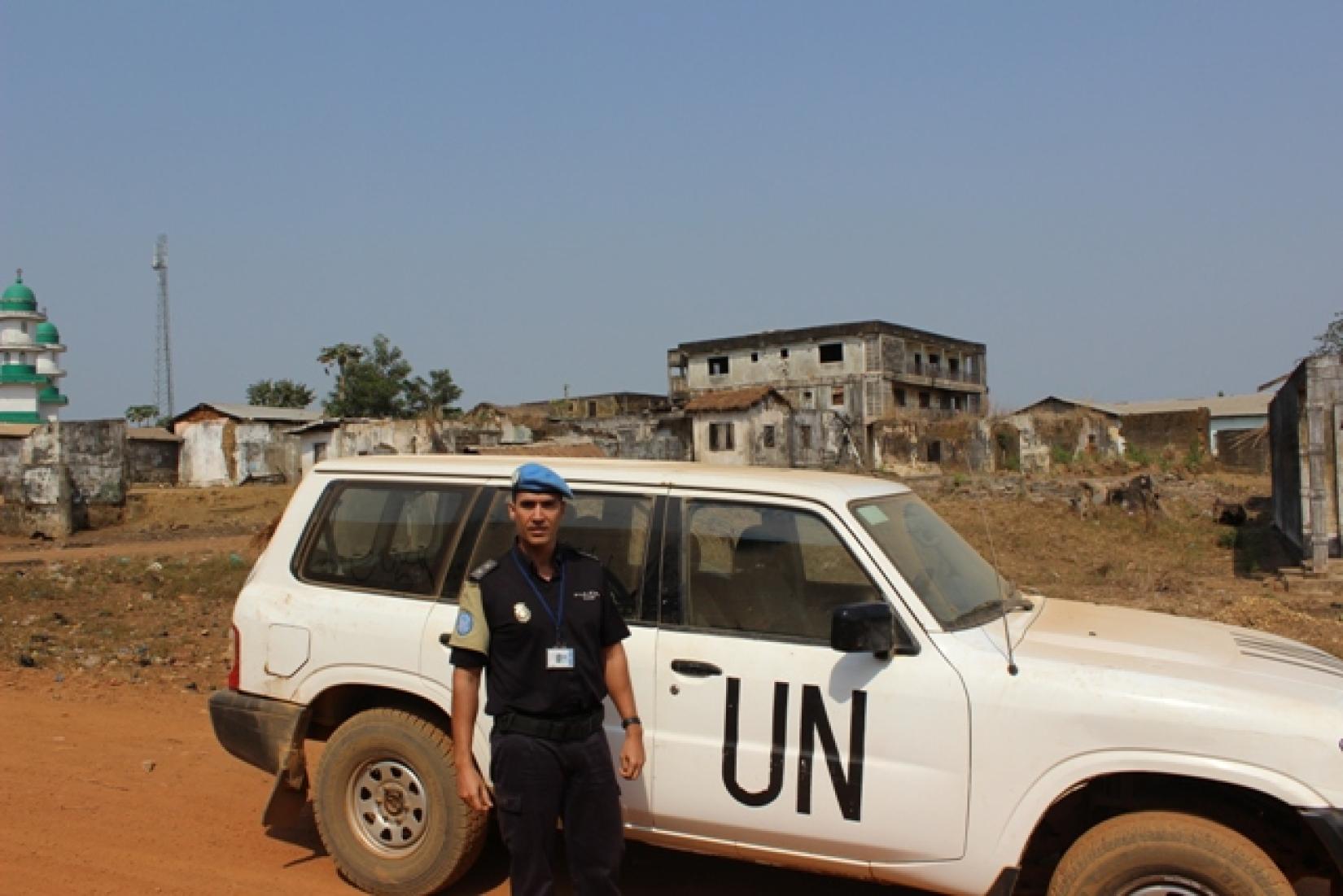 In 2002 the war in Sierra Leone was over

On 18 January 2002, the war in Sierra Leone was officially declared ended. UNAMSIL was also instrumental in setting up the Special Court for Sierra Leone and it has monitored and trained Sierra Leoneans in human rights. The Mission also assisted the Government in setting up a Truth and Reconciliation Commission, tasked with healing the wounds of war by bringing together perpetrators and victims of atrocities.

Furthermore, the Mission has assisted the voluntary return of more than half a million refugees and internally displaced persons. It helped the Government restore its authority and social services in areas previously controlled by rebels, trained thousands of police personnel, and constructed or reconstructed dozens of police stations. UNAMSIL has completed most of the tasks assigned it by the Security Council.

In 2005 the UN Changed the Mandate from Peacekeeping to Peacebuilding

In December 2005, after years of successful peacekeeping operations, the mandate of UNAMSIL has expired. Henceforth, the focus of UN engagement changed from peacekeeping to peacebuilding with the establishment of a peacebuilding office (UNIOSIL – UN Integrated Office in Sierra Leone) to assist the Government in consolidating peace and national stability building upon the foundation laid by UNAMSIL.

In August 2008, the UN Security Council, by Resolution 1829 (2008), subsequently established then the United Nations Integrated Peacebuilding Office in Sierra Leone (UNIPSIL) led by the Secretary-General’s Executive Representative (ERSG), Michael von der Schulenburg. The Secretary-General informs the Security Council on the implementation of UNIPSIL’s mandate with reports every four months.

On 1st October 2008, UNIPSIL with around 70 staff began its work, providing political advice to foster peace and political consolidation, offering support and training to the national police and security forces, and building the capacity of democratic institutions in furtherance of good governance and the promotion and protection of human rights. On 15 September 2009, the Security Council, by its Resolution 1886 (2009) , extended the mandate of UNIPSIL until 30 September 2010.

The legal foundation for the drawdown of UNIPSIL is Security Council Resolution 2097,  passed in March of 2013. With this resolution, the Security Council welcomed “the significant progress achieved by the Government and people of Sierra Leone towards achieving peace and stability and in laying the ground for Sierra Leone’s long-term development”, renewed UNIPSIL’s mandate for 12 months and decided that “UNIPSIL should be fully drawn down”, in accordance with the views of the Government of Sierra Leone, and in line with the recommendations of the report of the Secretary-General (S/2013/118).

UNIPSIL closed down and transferred its responsibilities to the UN country team on 31 March 2014.

The Sustainable Development Goals are a global call to action to end poverty, protect the earth’s environment and climate, and ensure that people everywhere can enjoy peace and prosperity. These are the goals the UN is working on in Sierra Leone: