Our Team in Sierra Leone 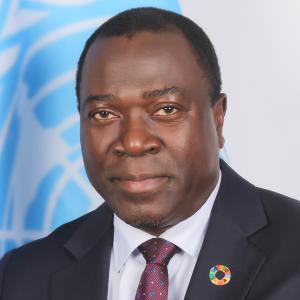 RCO
Resident Coordinator
babatunde.ahonsi@un.org +23230968906
linkedin
Mr Ahonsi has more than two decades of experience in international development. He recently served as the Acting UN Resident Coordinator in China after occupying leadership positions with UNFPA, including Representative in China, Country Director for Mongolia, and Representative in Ghana.
Mr Ahonsi holds a bachelor’s degree in sociology from the University of Lagos in Nigeria and a doctorate in population studies from the London School of Economics and Political Science in the UK
Read more 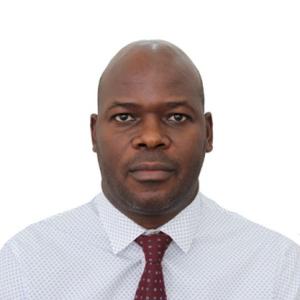 World Bank
Country Manager
amuwonge@worldbank.org
linkedin
Abdu Muwonge is the Country Manager for Sierra Leone (AFWVP). Abdu, a Ugandan national, joined the Bank in 2006 as a Young Professional. He has served as Senior Urban Specialist at the World Bank based in Kenya, where he led and coordinated the urban and devolution work program. He has previously served as Acting Program Leader for Sustainable Development covering Kenya, Rwanda, Somalia and Uganda. Prior to joining the Africa region, he served in the South Asia Region where he led and supported programs on local government and water and sanitation in Afghanistan, Bangladesh, India, Nepal, Pakistan, and Sri Lanka. He has worked in the Eastern and Central Asia region in the Human Development Economics Unit contributing to the Ukraine, Serbia and Moldova work program.

Prior to joining the Bank, Abdu worked as a Research Fellow at the Economic Policy Research Centre (EPRC) in Uganda and has previously taught undergraduate economics and statistics at Makerere University and Mbarara University of Science and Technology in Uganda.

Abdu holds a PhD and M.A in Economics (Public Finance) both from Georgia State University (USA), M.A in Economics from University of Dar Es Salaam (Tanzania) and a BSC in Economics from Makerere University (Uganda). He brings more than 20 years of working experience in development. Abdu’s top three priorities will be to: (i) Lead and oversee the day-to-day dialogue with the Government of Sierra Leone and key partners and stakeholders; (ii) Manage the Country Office, provide leadership and mentoring to the staff, as well as ensuring a stimulating work environment; and (iii) Continue efforts to improve the development impact of the Bank’s portfolio in the country. 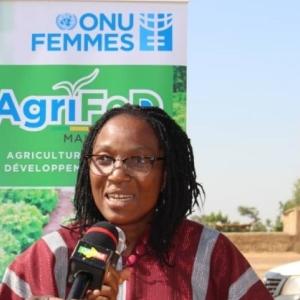 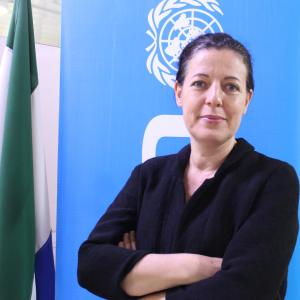 UNOPS
Country Manager
sofiag@unops.org +23230914073
Sofia has more than 15 years of experience in international development in both humanitarian and development contexts, many of which she spent leading both operations and programmes teams across West, Central and Southern Africa and Latin America. She held country and regional leadership roles for international NGOs, including Concern Worldwide, Save The Children, Helen Keller International, Oxfam, and International Medical Corps. She brings with her vast experiences in implementing programmes on public health, sexual and reproductive health, child survival, health systems strengthening, WASH, protection, girls’ education, nutrition, economic empowerment, peacebuilding and conflict resolution.

Sofia also brings her in-depth experience of Sierra Leone, where she has worked in different management roles for more than five years. She has significant experience in mainstreaming gender equality, addressing gender-based violence and empowering women and girls. She has a PhD in human rights.
Read more 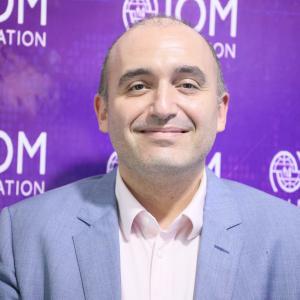 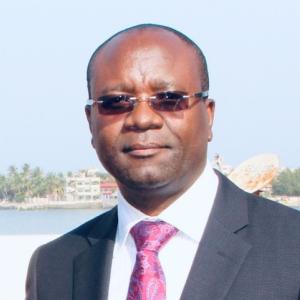 He officially took up his duties on 1 September 2018, and OIC of UNESCO Abuja Multisectoral Office on 1st January 2021.

He holds a PhD and a Master's degree in Economics with a specialisation in econometrics from Laval University (Canada), as well as a Bachelor's degree in Wood Science and Engineering from the same institution. Mr Sanga began his professional career in 1999 in the teaching of micro- and macro-economic sciences at the University of Ottawa (Canada), in parallel with a career as a Statistical Economist (1999-2004) with the Government of Canada.

In 2005, he joined the United Nations as Head of the Statistics Team at the United Nations Economic Commission for Africa - UNECA (Addis Ababa, Ethiopia). In 2006, he was appointed Head of Statistical Development and Data Management at UNECA. In 2010, he was appointed Director of the Statistics Division of the Economic Commission for Africa.

Before joining his post in Senegal, he was, since September 2013, the Director and Representative of the Sub-regional Office for West Africa of the United Nations Economic Commission for Africa, based in Niamey (Niger). 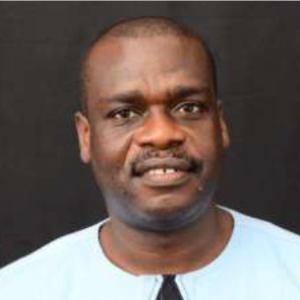 UNAIDS
Country Representative
AhemesahI@unaids.org +232 79-552-800
Before his current role, Mr Ahemesah ( Ghana) has worked since 1997 with UNAIDS in Ghana, Nigeria, Liberia and Malawi in different positions. He also worked with the Catholic Relief Services (CRS), the Voluntary Service Overseas (VSO), the Netherland Development Organization (SNV).
Mr Ahemesah is a public health practitioner. He holds a Master of Public Health in Health Systems Management from Tulane University, USA and a Master’s in Health Development from Royal Tropical Institute, Netherlands.
Read more 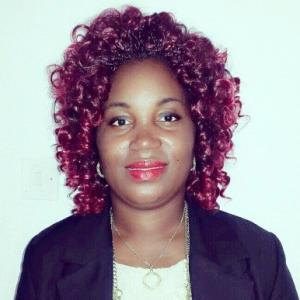 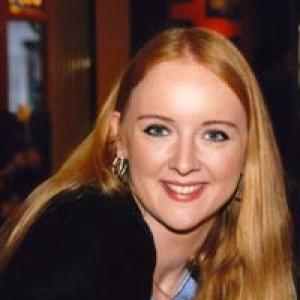 IMF
Resident Representative
mnewiak@imf.org +232 076-559329
linkedin
Ms Newiak started her work as IMF Resident Representative for Sierra Leone in September 2019. At the IMF, she has on a broad range of countries and issues in sub-Saharan Africa, including Ghana, the West African Economic and Monetary Union, The Gambia, and most recently as a Senior Economist for Nigeria.
She holds master's degrees in business administration and economics, and a PhD in economics from Munich University.
Read more 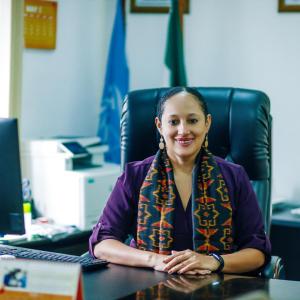 UNFPA
Country Representative
nrasheed@unfpa.org +23233040404
twitter
A national of Sudan, Ms. Rasheed brings with her to the UNFPA Sierra Leone Country Office wealth of management experience, including on health, gender and development issues.

She represented UNDP in partnerships with other UN organizations, managed interagency programmes and provided advisory support to UNDP Country Offices and national partners.

Before joining UNFPA, she was the UNDP Deputy Resident Representative in India. Prior to her last appointment in India, Nadia Rasheed was the Team Leader for the UNDP Regional Health and Development Team for Asia and the Pacific from 2014 to 2018.

She also served as UNDP Deputy Country Director ad-interim in Sri Lanka in 2018.
From 2009 to 2014, she was the global Practice Manager for the HIV, Health and Development Practice at UNDP Headquarters in New York. She was also, from 2005 to 2009, global Policy Specialist on HIV in the Bureau for Development Policy at UNDP.

Nadia previously worked with the UNDP Human Development Report Office, and with UNDP and other organizations on capacity development and gender equality issues.

Ms. Rasheed holds an undergraduate degree in Economics from the London School of Economics, and a master’s degree in International Affairs from Columbia University. 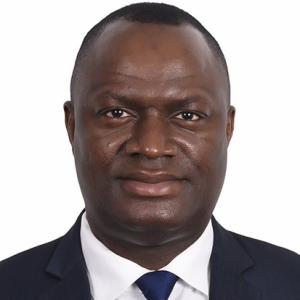 UNDP
Resident Representative
Pa-Lamin.Beyai@undp.org +232-88000-800
linkedin
Mr. Pa Lamin Beyai, from The Gambia took up assignment as Resident Representative in Sierra Leone on 27 January 2021. He has over 27 years of technical, development management and leadership experience, including over 22 years in the United Nations System.

Prior to this appointment, he served as Resident Representative, UNDP Liberia (2019 - 2021) . He also served as UNDP Country Director in Liberia (2017 2019), UNDP Country Director in the Federal Republic of Nigeria (2013-2017); Economic Advisor & Team Leader, Inclusive Growth Cluster at the UNDP Ghana from (2009-2013); Health Economist at WHO Inter-Country Support Team for Eastern and Southern Africa based in Zimbabwe; supporting 18 countries in Eastern and Southern Africa in immunization programme planning, implementation, monitoring and evaluation, and advising on Financial Sustainability of introducing new Vaccines in health systems; Health Economist at the World Health Organization (WHO) Office in The Gambia (1999 - 2006). 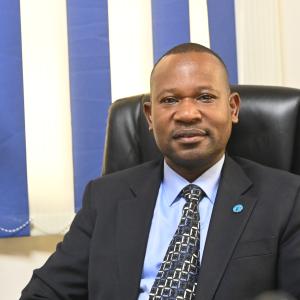 FAO
Country Representative
saeed.bancie@fao.org +23276134819
twitter
Saeed A Bancie, a national of Ghana, started his career in 1998 as Monitoring and Information Management Coordinator for the Village Aid Project in Ghana, and in 2001, he became Country Representative. From 2004 to 2008, he worked for International Non-profit Organization “Heifer International” in Arkansas, United States, as Programme Officer of the Africa Area Programme and as Senior Specialist/Programme Officer of the Agriculture Enterprise Development and HIV/AIDS Programmes. Between 2010 and 2013, he served as an Adjunct Faculty Instructor of the International Studies Programme for the University of Arkansas. From 2010 to 2011, he was Programme Manager of the East Africa Dairy Development Programme at Heifer International and, in 2011, he subsequently became East Africa Regional Director at the same institution.

Mr Bancie joined FAO in 2014 as Investment Officer for FAO Somalia, based in Nairobi, Kenya, and from 2015 he served as Agrobusiness Officer. In 2018, he was appointed FAO Representative in Eritrea. 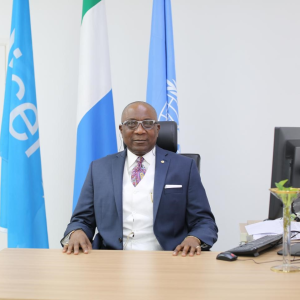 UNICEF
Country Director
sbraimoh@unicef.org
linkedin
Mr Suleiman Braimoh's career with UNICEF spans over 21 years of serving in different senior capacities, including UNICEF Representative for Liberia (2016 – 2019), Eretria (2013 – 2016) and Guyana and Suriname (2009 – 2013).
Dr Braimoh holds a PhD and a Master of Science (M.Sc.) in Sociology, University of Wisconsin (USA) and a Bachelor of Science in Sociology and Anthropology from the University of Benin (Nigeria).
Read more 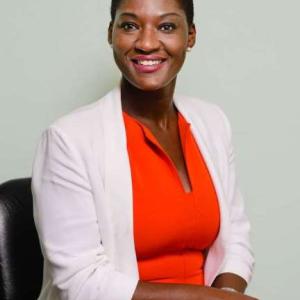 ILO
Director
phala@ilo.org
linkedin
Ms Vanessa Phala, a South African national is the Country Director of the ILO Country Office for Nigeria, Ghana, Liberia and Sierra Leone. Prior to this appointment, she worked as a Senior Specialist (Employers’ Activities) at the ILO Office for the Caribbean, in Port of Spain. Before that, she undertook several leading roles in the public and private sectors from 2004 to 2016. She was the Executive Director in charge of Social and Transformation Policy at Business Unity South Africa (BUSA), a non-profit company representing organised business in South Africa. She also served as the Director of the Ethics and Integrity Management Unit and Special Anti-corruption Unit of the South African Department of Public Service and Administration. Her professional career began in 2004, as an Assistant Director in the Policy Research and Analysis Unit of the South African Department of International Relations and Cooperation.
Ms Phala graduated from the University of the Witwatersrand in 2004 where she obtained a Master’s Degree in International Relations and from the University of the West Indies in 2021 where she obtained an Executive Master of Business Administration. 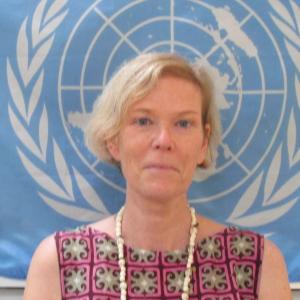 WFP
Representative and Country Director
yvonne.forsen@wfp.org +23280 000002
linkedin
Yvonne Forsen brings to this position extensive experience in managing humanitarian and development programmes in a wide variety of contexts and on a range of issues at country, regional and headquarters levels. Prior to taking up the position of Deputy Country Director of WFP in Sierra Leone in December 2020, she served as Chief, Vulnerability, Analysis and Mapping Division at WFP HQ in Rome from 2016-2020. Her country-level programme leadership experience includes Somalia, Burundi, Kenya, Sudan, DPRK, and Angola.

Yvonne is a national of Sweden and holds a BSc in Nutrition and Dietetics from Gothenburg University, Sweden and a post-graduate qualification in Project Management from Cornell University, USA.
Read more