Our stories. Find out more about our work towards the Sustainable Development Goals.

Story
09 September 2021
At Canadian College: UN Resident Coordinator prescribes a future that benefits everyone.
United Nations Resident Coordinator in Sierra Leone, Mr Babatunde Ahonsi, on Tuesday encouraged students at the Canadian College of Modern Technology (CCMT) at Mile 91 to acquire lifelong learning skills that would be crucial for their careers, noting that the future we all want is one in which development benefits everyone and that the Sustainable Development Goals (SDGs) are our shared vision about the world that we want by 2030. For this to happen, it must be owned by all, according to the RC who was at the college for a Town Hall engagement and to get young people to act on the SDGs. He repeatedly enjoined the students to become more familiar with the SDG targets set for achievement by 2030 especially those for SDG 4 - inclusive education for all.   Speaking at a Town Hall with over 300 excited students and staff, the RC congratulated Mr Muckson Sesay, the proprietor, for his vision and passion in transforming his dream of establishing an impactful learning institution in his hometown of Mile 91 into reality. Encouraged by what he saw after he toured the facilities and the prospects for further development, the RC told the proprietor that the best was yet to come for CCMT. He noted that the higher education sector is becoming more diversified across the world with an increasingly important role for the private sector.  Mr Ahonsi, addressing students, said, "higher education is a key driver for national economic transformation and social progress," and that with the type and diversity of courses and programmes that students are being taught, "CCMT could be a game-changer" for the higher education sector in Sierra Leone. "CCMT gives me hope that we can make progress not only in expanding access to higher education but also do so with quality," Mr Ahonsi said to wide applause from the students. That progress, he stressed, can be made with solid partnerships to end extreme poverty, and achieve the SDGs. He observed that for development to be sustainable, it has to be holistic (integrating social, economic and environmental considerations), and should leave no one behind. In Sierra Leone, the RC explained that the United Nations Sustainable Development Cooperation Framework aligns with the country's Medium-Term National Development Plan priorities. This, in turn, is anchored on the SDGs with a focus on four outcomes areas: - Sustainable agriculture, food and nutrition security, and climate resilience; Transformational governance; Access to basic services; and Protection and empowerment of the most vulnerable. Looking at the data, the RC said, "about six out of ten households in Sierra Leone are food insecure. It is an unacceptable situation with the agricultural endowment that the country has." The SDGs provide a solid blueprint for changing this situation. Turning to the staff, Mr Ahonsi called on them to "give the students the capacity and the orientation to learn how to learn." i.e., they should be prepared to explore knowledge beyond their university education to help them succeed in their future careers.  He concluded his talk by providing resources, materials, and links on how the students could become involved with advancing the SDGs in Sierra Leone and asked that they make sure that their education enables them to become agents of change. Mr Ahonsi also granted interviews on the colleges' training radio and television- CCMT TV Channel 44 and CCMT Radio FM 95.7. Earlier, the RC witnessed a coding competition at the Students Lounge that Group A members comprising Elvira Davies, Joshua Samuel Guage, Aminata Bah, and Ibrahim Rahman Kamara won. He presented certificates and SDGs branded bags, pens, notebooks, and water bottles to the winners from three groups of four who were asked to "write a programme that will find the maximum number in a set of sorted numbers." Thanking the RC for the lecture, the Student Union (SU) President of CCMT, Abdul Tamba Lebbie, posited that the students were very pleased that the RC has seen how the institution is working tirelessly to reach a broader scope of sustainability in education, agriculture, and technological innovation in Sierra Leone.  Referencing the RC'S presentation, the SU President said, "With an orientation to learn how to learn is what provokes our decision to have public lectures and constructive dialogues with great personalities on campus for the proper enlightenment of our minds." The Proprietor, Mr Muckson Sesay, commended Mr Ahonsi for visiting the school. He also gave an overview of how, as a computer programmer in the West, he wanted to replicate what he saw and learned in Canada in his country, through the establishment of CCMT.
Read more 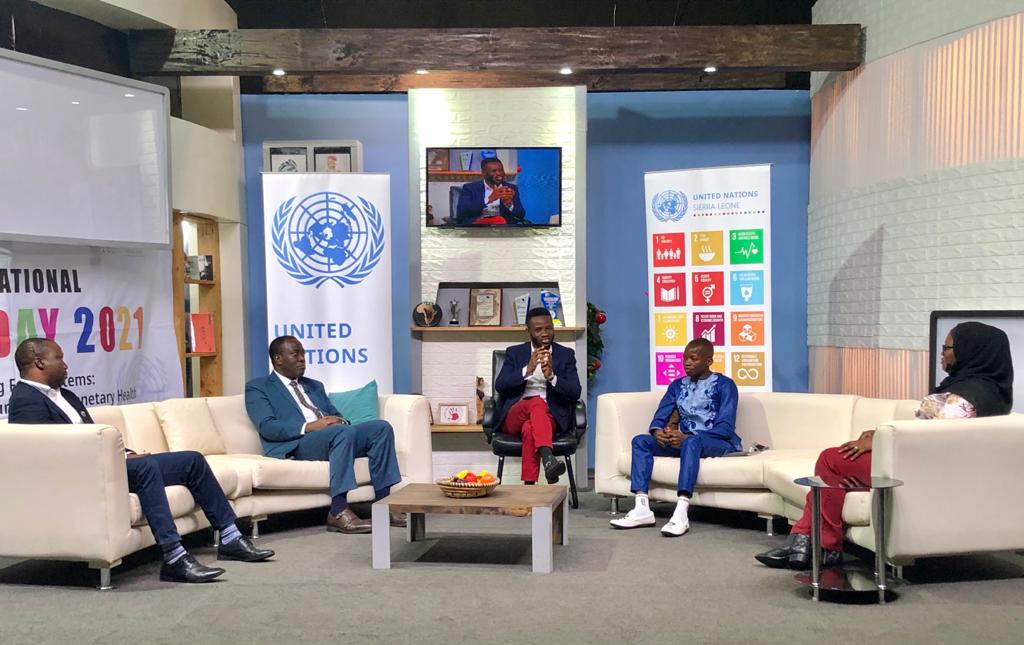 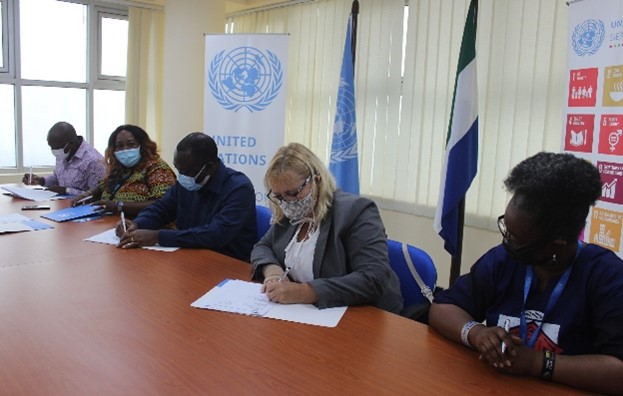 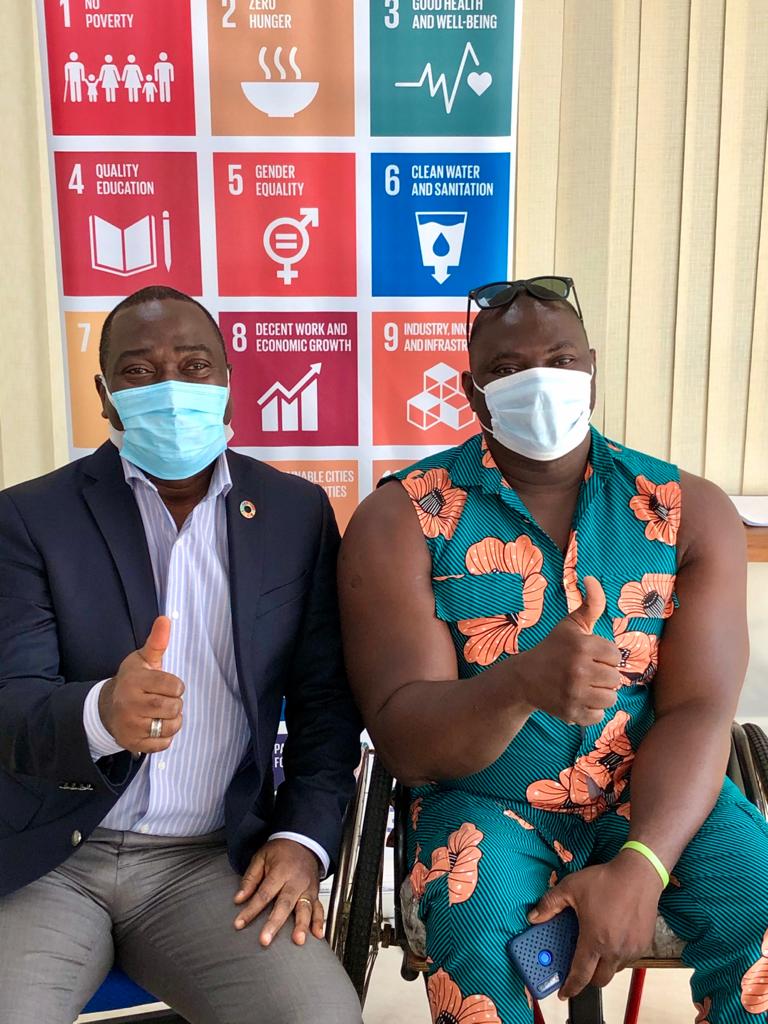 Story
22 June 2021
Sierra Leone’s Paralympian: Disability is NOT a Barrier 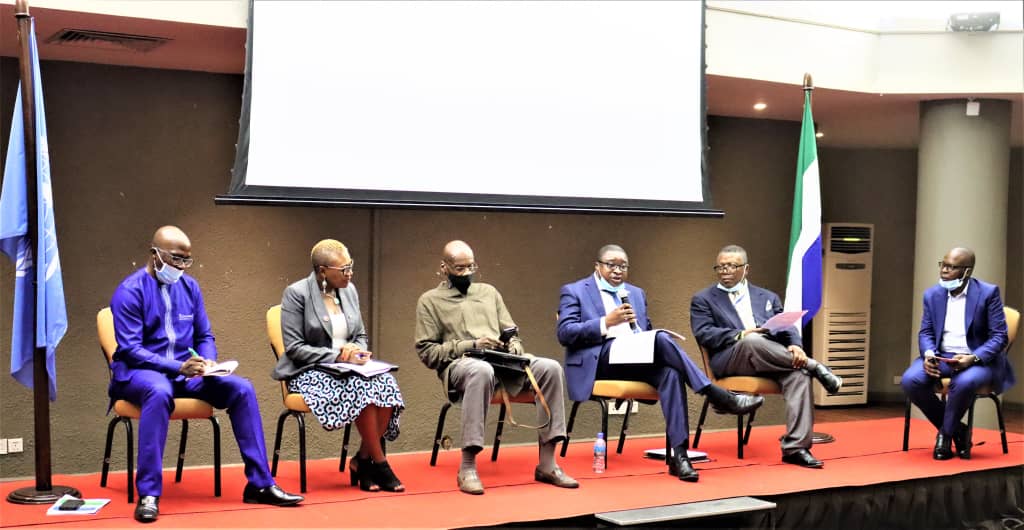 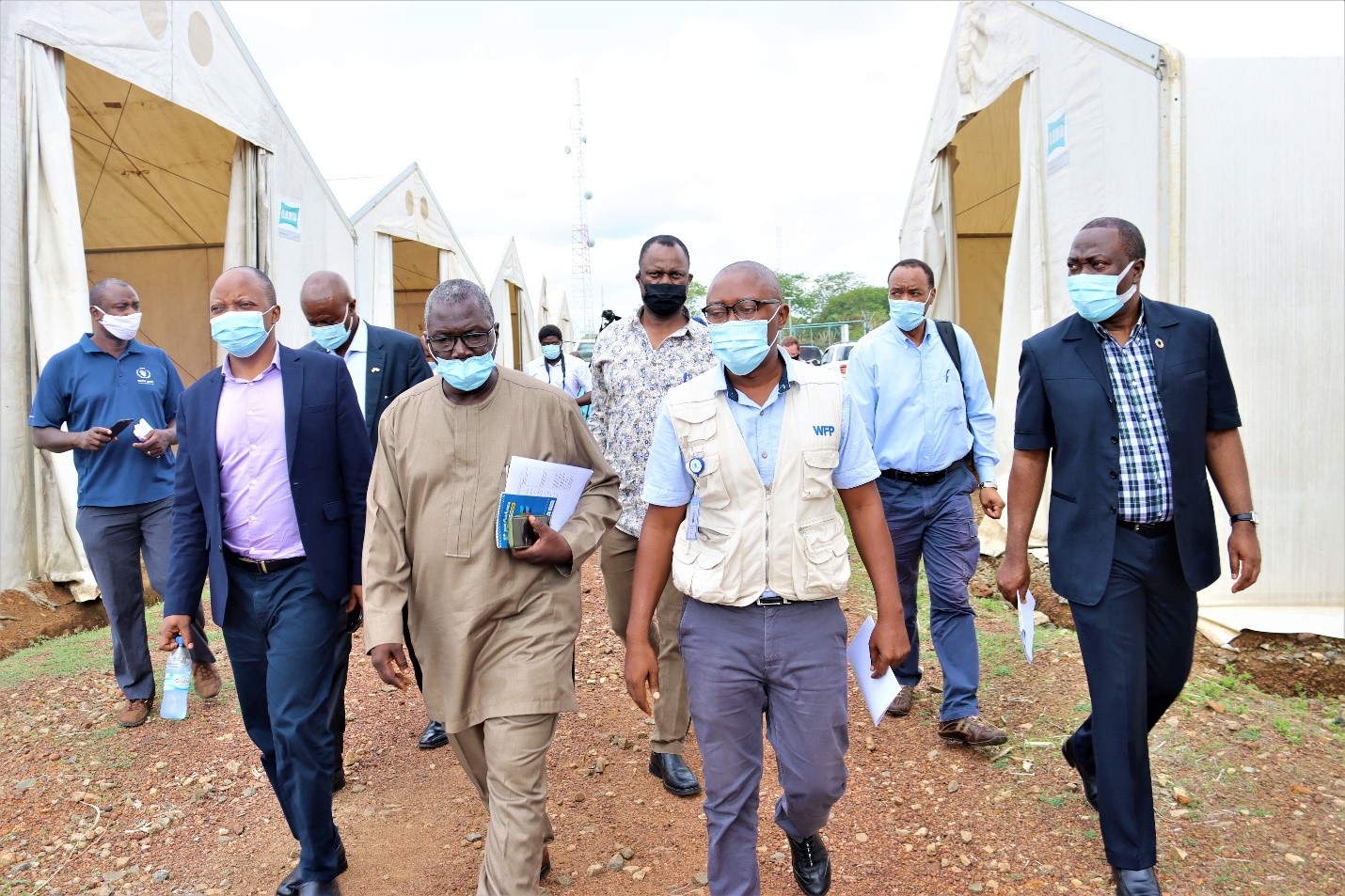 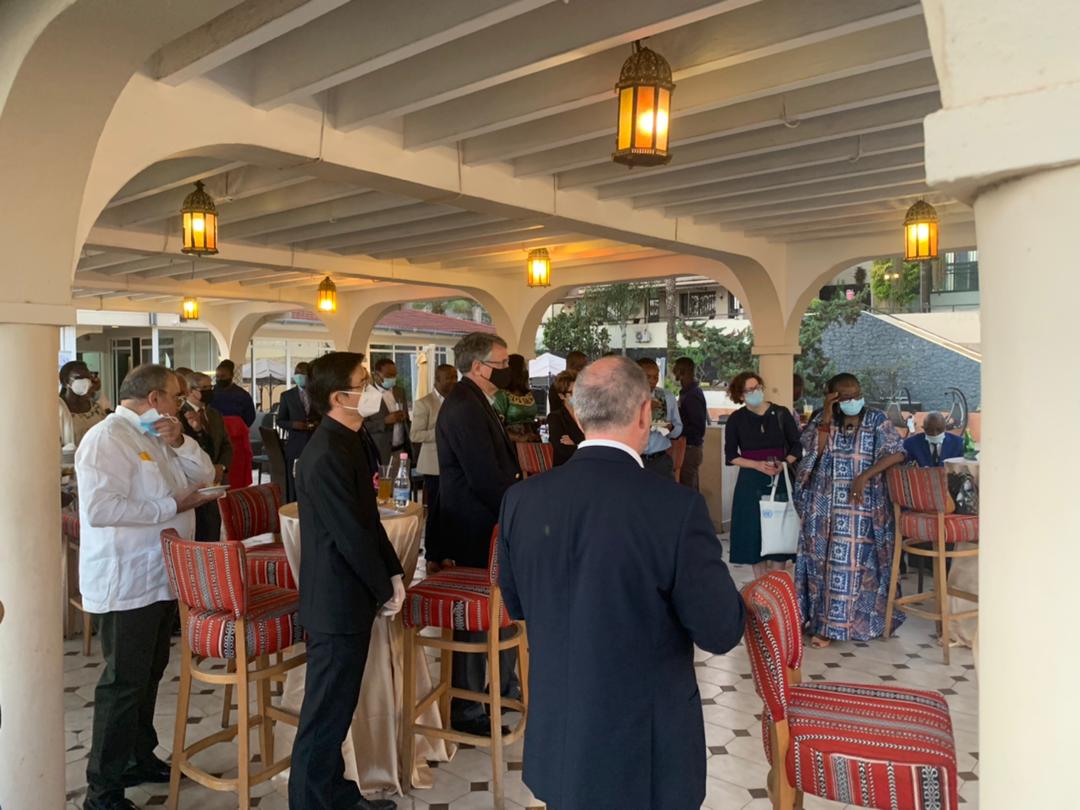 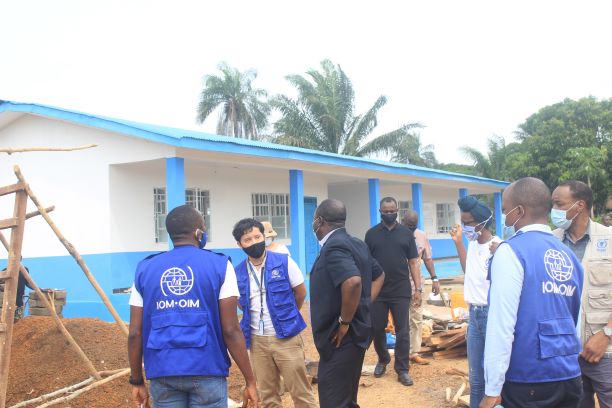 Story
18 May 2021
UN Resident Coordinator and Local Government Minister reflect on progress in “Leaving No One Behind.” 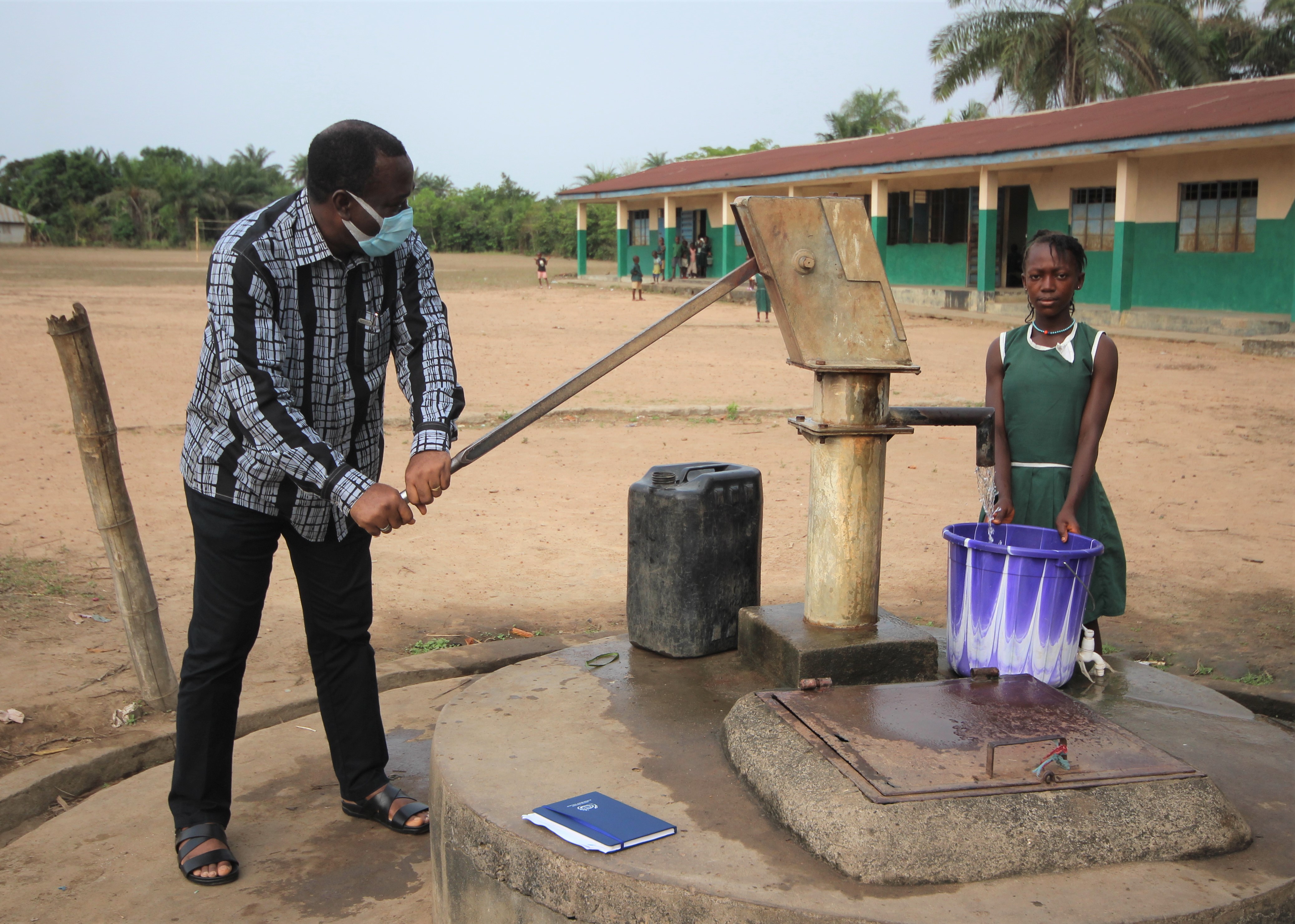 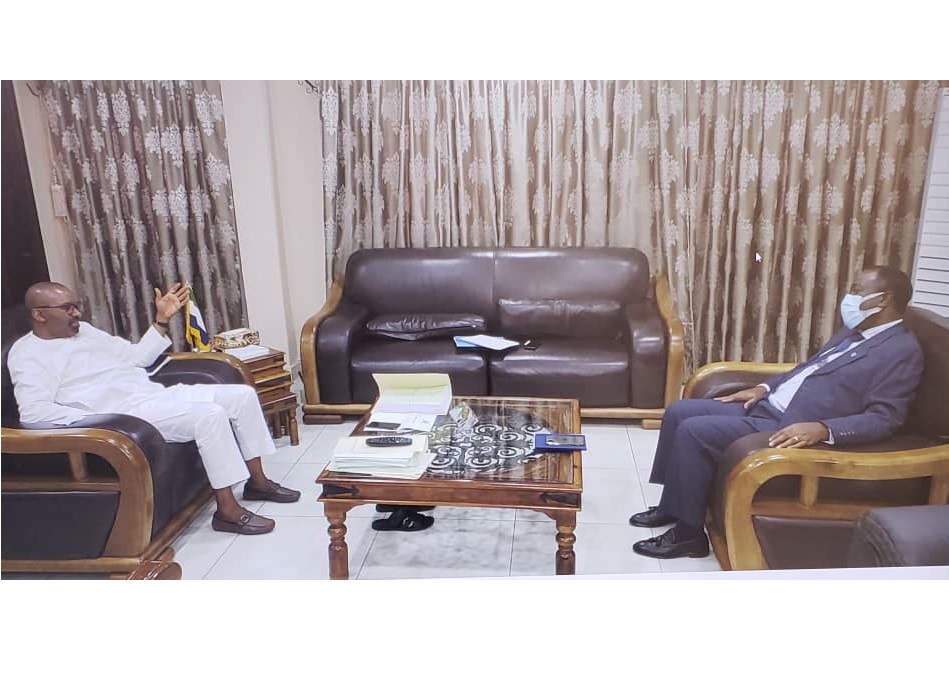