"It is commendable that despite the economic challenges presented by COVID-19, Sierra Leone has pursued its path of sound and transparent fiscal management." 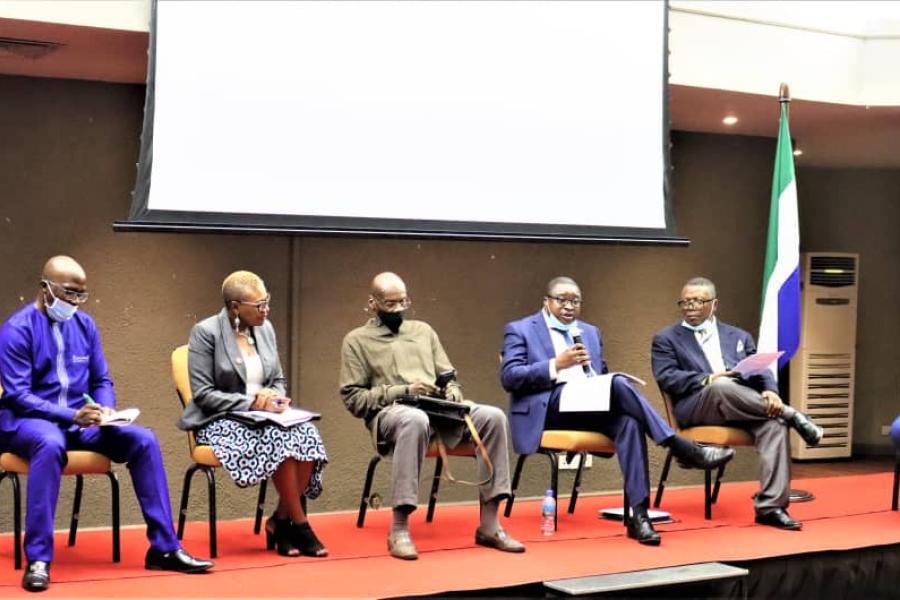 United Nations Resident Coordinator (RC) Mr Babatunde Ahonsi has said that the UN was pleased to co-host the High-Level Dialogue on the Sierra Leone Integrated National Financing Framework (INFF) with the Government of Sierra Leone.

Speaking at the event held at the Radisson Blu in Freetown on Tuesday, the RC stressed that the INFF is vital to the realization of the country’s Medium-Term National Development Plan (MTNDP) and Sierra Leone’s achievement of the Sustainable Development Goals (SDGs) and a middle-income country status by 2035.

According to the RC, “as the National Plan guides policy, implementation, and results, the National Financing Framework examines how financial resources can be generated to realize the National Plan’s ambitious objectives. It presents a range of initiatives designed to extend beyond the 5-year Plan period, to establish a robust financing platform for the long-term development of the country.”

Mr Ahonsi stated that one major lesson learnt from countries that have successfully transitioned from low-income status to upper-middle-income status, as is the aspiration of Sierra Leone, is sound economic and social policies implemented with discipline and sustained over time. “It is commendable that despite the economic challenges presented by COVID-19, Sierra Leone has pursued its path of sound and transparent fiscal management, working to advance accountability for revenue collection, expenditure management, and public service delivery.”

He also recognized the work of the United Nations Development Programme and the UN Capital Development Fund in support of the INFF.

UNDP Resident Representative Pa Lamin Beyai said that the event co-organized by UNDP and UNCDF provides an opportunity to discuss progress in financing for SDGs in Sierra Leone. “Although domestic public finance is the largest and most important source of funding, developing countries such as Sierra Leone, have not taken full advantage of this, due to a narrow tax base, and tax avoidance. For these reasons, improving tax administration, widening the tax base by making it more progressive and effective; and closing most tax loopholes, are vital,” said the UNDP Resident Representative.

Speaking on behalf of the Minister of Finance, Senior Deputy Financial Secretary at the Ministry of Finance Seb Momoh posited that the INFF is an important step towards making Sierra Leone stronger, more independent, and better equipped to set its own course with support from the Development Partners. He adds, “this fits well within Government’s Fiscal consolidation drive that is domestic revenue mobilization and prudent expenditure management to create the fiscal space for spending on the key Government priorities including Human Capital Development, which is closely aligned with the MTNDP and the SDGs.”

The Co-Chair of the High-Level Dialogue Dr Francis Kai-Kai, Minister of Planning and Economic Development (MoPED) emphasized the need for monitoring and review as a key component to understanding the impact and the added value of a sustainable financing strategy. In this regard, a robust monitoring and evaluation framework has been developed to monitor progress in different financing flows and policy areas of development interventions.

Furthermore, he adds, “as part of the governance and coordination structure of the Sierra Leone INFF, we have also established a Secretariat together with an Oversight Committee at MoPED to help in the strengthening of domestic resource mobilization for Financing the MTNDP and the SDGs.”

The Minister indicated that MoPED has started consultations with local councils, and will vigorously engage other key stakeholders including Parliament, Chiefdom Councils, the private sector and other non-state actors to generate broad-based support for the INFF to succeed. 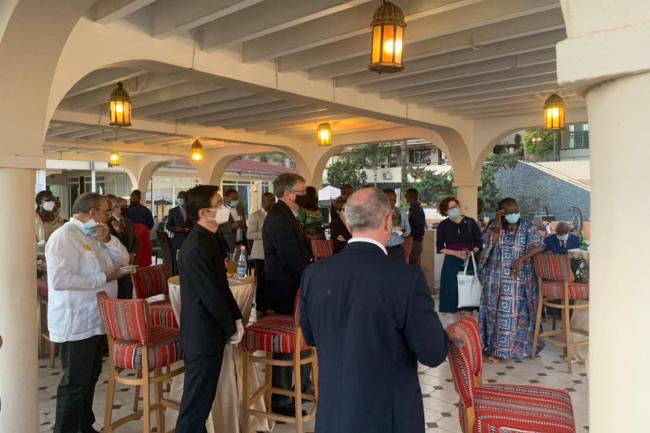 The farewell reception was organised to celebrate what they had achieved during their tour of duty and to wish them well in the next chapter of their careers. 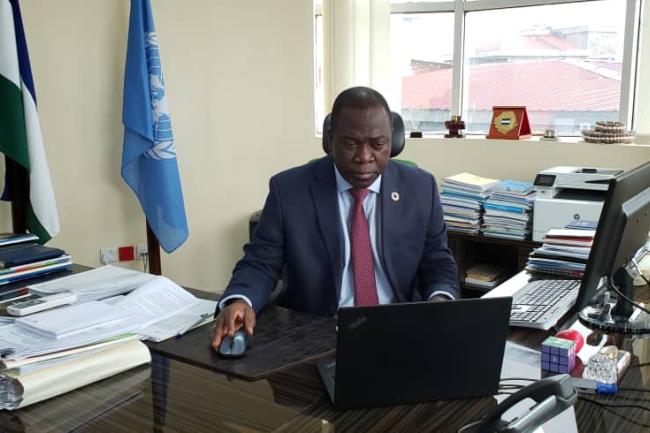 The UN in Sierra Leone works to support the Government in accelerating progress towards the sustainable development goals. 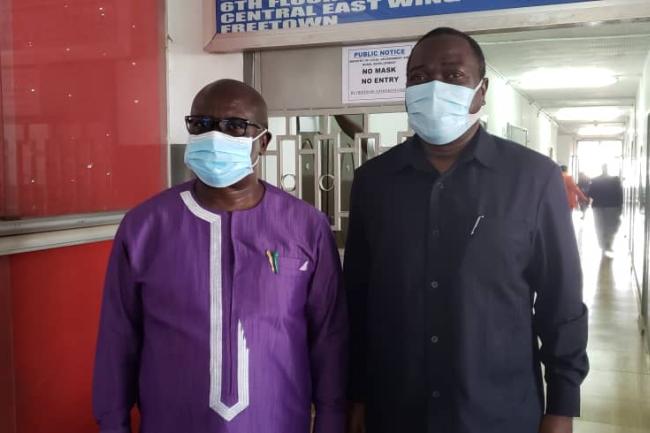 UN Resident Coordinator and Local Government Minister reflect on progress in “Leaving No One Behind.”

Mr Ahonsi paid a courtesy call on the Minister at the Ministry of Local Government and Rural Development (MLGRD), Youyi Building in Freetown on Monday