The National Conference, a timely opportunity to reflect and plan for actions to continue the joint fight towards ending Trafficking in Persons in Sierra Leone

On Monday 28 February, the Government of Sierra Leone and partners organized the first national conference on human trafficking, convened on the theme “Strengthening National Frameworks and Stakeholders Network to Stop Modern Slavery”.

Speaking at the event organized by the Ministry of Social Welfare in collaboration with the Office of the Vice President, the United Nations Resident Coordinator in Sierra Leone, Mr. Babatunde Ahonsi described trafficking in persons as a hideous criminal activity that constitutes an affront to human dignity as it often entails serious human rights violations and abuses. He noted that the Government of Sierra Leone, its development partners, including the UN, were working together to tackle trafficking in persons despite various constraints related to the COVID-19 pandemic and the adaptability of the traffickers to evolving situations.

According to the RC, “the National Conference is a timely opportunity to reflect and plan for actions to continue the joint fight towards ending Trafficking in Persons in Sierra Leone”, and that, the United Nations in Sierra Leone, through the International Organization for Migration (IOM) and United Nations Office on Drug and Crime (UNODC), will continue to support the strategic priorities of the National Trafficking in Persons Taskforce, looking pragmatically at the 3Ps (prevention, protection and prosecution) and the outcomes of this National Conference.

The Minister of Social Welfare, Honourable Baindu Dassama, said the objective of the conference was to bring stakeholders together to initiate a dedicated trafficking in persons data platform for Sierra Leone, commence the operationalization of a trafficking in person hotline, and put together a framework for an Anti-human Trafficking Strategy for implementation in the next five years.

“Our goal is to build stronger partnerships among anti-human trafficking stakeholders to help reduce trafficking among human beings.” Additionally, she said that it is expected for participants of the conference to provide meaningful inputs, especially on protection related issues for vulnerable persons including women and children, who are at risk of being trafficked for slavery, labour, and sexual exploitation.

In his keynote address, President Dr. Julius Maada Bio said that within the policy and regulatory space, the government had worked across sectors and with partners to launch a comprehensive national migration policy for Sierra Leone and that “they are also making efforts to structure and monitor labour migration through the Ministry of Labour and Social Security in ways that make migrants less susceptible to exploitation and trafficking. There are more possibilities for inter-agency and partner collaboration to get labour migration right”.

He also added that the Anti-Human Trafficking Act of 2007, Act No. 7 is currently being reviewed to effect improvement. “The Anti-Human Trafficking and Migrant Smuggling Bill 2021 is more expansive, in accordance with international best practices, and addresses a wider variety of crimes including debt bondage, sexual servitude, illegal removal of organs, and all forms of migrant smuggling,” the President continued.

The event brought together a host of participants and stakeholders, including the President of the Republic of Sierra Leone, representatives from the United Nations System in Sierra Leone, as well as NGOs, CSOs, international organizations working on human trafficking issues in the country, chiefs, students’ representatives among others. It was made possible with support from IOM, the United States, the Irish Embassy, the University of Georgia, the UNODC, and other partners. 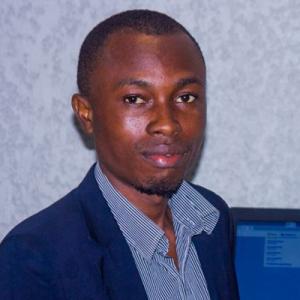